Key Items in Your Construction Contract – Damages for Delay 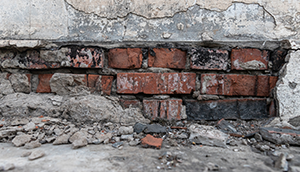 There is a saying in the construction surety world: “Contract is king.” If your contract and bonds end up in a litigation setting, courts tend to hold the surety to the contract over the bond forms. Performance and payment bonds, by their nature, carry out the terms of a contract and therefore are inherently attached to it. This important connection has made underwriting the contracts that are being bonded a large part of the surety bond underwriting process. Most brokers have created a bond-request form, which requests a high-level outline of standard terms within the construction contract. These terms generally include damages, payment terms, and warranty period. Over the next few articles, I will be outlining why we, as surety professionals, zone in on these specific terms and how contractors can use them to mitigate their risk.

Why the “damages for delay” section is important

Understanding how the contract defines and, most importantly, sets damages for delay is essential to the risk analysis of a contract. Damages for delay can be defined in three ways: liquidated, actual or consequential. Liquidated and actual have their benefits and drawbacks and should be used strategically. Consequential should be avoided. No matter what damage clause is being used, a contractor should ensure there is a clause limiting its liability.

Liquidated damages should be in lieu of any other damages; however, not all states or case law clearly define this. In order for a contractor to protect itself, it should always define that the liquidated damages are a sole remedy to the owner for delay. More than that, a contractor must be familiar with the state-specific construction laws that impact contracts in the locations it works.

A very important portion of the contract language is distinguishing liquidated damages from a penalty. Liquidated damages avoid the difficulty of determining the actual damage caused by delay on the back end by defining a fair estimation of what these damages are before any delay occurs. Liquidated damages, in theory, should not be excessive, used to motivate completion, or used to penalize the contractor who misses a deadline.

If damages are not a reasonable estimate of the loss to the owner for delay of completion, and if there is no justification for the amount, then damages could be unenforceable. Even so, proving that a set damage that was agreed upon at the beginning of a contract amount was made arbitrarily is a large and difficult task with an uncertain outcome. Contractors should be comfortable with the time frame and amount of the obligation at the time they sign the contract and should not hope to escape it on the back end through costly litigation.

Advantages of setting liquidated damages include helping a contractor by better defining the risk on a tightly scheduled project, and allowing them to more accurately account for that risk when preparing their estimates for that project, and also avoiding the costly legal fees that can occur to settle the actual damage amount (mediation, arbitration, litigation). On the other side, setting the amount prior to damage occurring, could result in a contractor paying more than the actual damages that occurred.

If damages are not set in the contract, then the contractor would be liable for actual damages. This means the owner or obligee will pass to the contractor (and hence the surety) the costs that are a direct result of failure to complete the work according to the agreed upon schedule. Generally, these costs will be direct labor and material costs.

Actual damages work best for a contract where damages for delay are easily determined. In these instances, undefined damages can sometimes work in the contractor’s favor because the obligee must prove the damages. Drawbacks to actual damages may include costly litigation in a claims situation to define what damages are, as well as the difficulty in building costs associated with scheduling risks into a contractor’s estimate, since the amount is unknown.

Consequential damages are damages that occur indirectly because of breach of a contract (or multiple contracts), usually related to performance or project completion delays. If left in a contract (or, perhaps, even if a contract remains silent), consequential damages may open contractors up to crippling liability. Examples of these damages are lost anticipated profits, cost to repair defective goods, loss of goodwill, loss of reputation, loss of future sales or rents due to the delay, added interest paid on construction loans, etc.

One of the most famous examples which outlines the magnitude of losses caused by a contractor entering into a contract with consequential damages occurred in 1992 when the appellate court upheld Perini Building’s responsibility to pay Greate Bay Hotel & Casino $14.5 million in damages due to lost revenue. This award is even more jarring when considering that the amount of the construction contract in dispute was a construction management contract in the amount of a $600,000 fee, plus actual expenses and a 4% additional markup for costs over $20 million. The total renovations that Perini was overseeing equaled $24 million.

Identifying and understanding terms is the first step. However, knowing them is not enough; contractors need to be empowered to negotiate alterations, additions or deletions to terms where needed. Below are how the standard forms of widely used construction contracts handle consequential damages:

Other clauses to consider

Additionally, there are often defined time frames and methods for requesting time extensions. Contractors should be aware of these prior to the beginning of the project and make sure that they follow these steps so as not to lose their rights to the extension. If the methods are too strict, then negotiating adequate time to request for extensions is necessary.

When damages for delay are severe, a limitation of liability clause, which caps the total liability for damages the contractor may face, can help make them more palatable. The limitation should be clearly defined and generally is based on a percentage of the total contract amount.

Subcontractors generally have little control over the contract schedule and often are subject to downstream delays. General contractors rarely set liquidated damages in their subcontracts. Most often GCs have clauses allowing them to pass down damages to the subcontractor. How the damage is assessed is in the details of the subcontract and can be a large risk factor.

The following sources were used for reference: 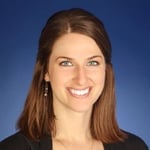 Kelly Kimmel is Bond Manager at the Kansas City Contract office. Kelly joined Old Republic Surety in 2020. Kelly is a seasoned surety professional coming to us from IMA Financial Group, Inc where she was a Surety Account Manager. Prior to that she worked in various Marketing positions at Bostrom Corporation and Marcus Evans. She will be a key team member in helping our branch service our agents and clients along with growing the Kansas City Contract office. Kelly has her Bachelor's degree in Marketing from the University of Kansas. 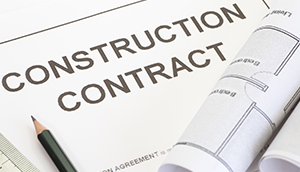 I’ll Be There for You