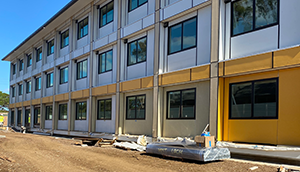 The City and County of Honolulu faced a challenge: how to build affordable, low-income housing on an island known for its high construction costs. The solution turned out to be pre-fabricated units manufactured in Canada, shipped to Honolulu and installed by a local contractor.

But before construction could begin, the contractor, T. Iida Contracting, needed to secure a $24 million bond. Based on a colleague’s recommendation, the agent, Tracy Wong of InsuranceSolutions, decided to ask Old Republic Surety to consider the account.

“This was not a typical project,” she says. “It was new to the island and new for the contractor. It was a favorable solution for the City and County of Honolulu, but from Old Republic Surety’s standpoint it was a new venture.”

A modular housing project of this size had never been undertaken on Oahu, nor had T. Iida done this kind of construction before. The manufactured units had to be shipped by sea to Honolulu and then transported by land to the job site. And the bonded amount was much larger than anything T. Iida had obtained previously.

One big plus was that T. Iida was a well-known contractor with a reputation for quality construction of industrial and commercial buildings, schools and government housing projects. In fact, the City and County of Honolulu chose T. Iida for the project without a bid.

“My grandfather started the company in 1937,” says Nathan Kimura, secretary and treasurer for T. Iida. “You could say we’re quite experienced doing normal construction from the ground up. But modular on this scale had never been done in Hawaii before.”

Darrel Lamb, Old Republic Surety Regional Vice President, explains that the riskiest part of the project “was shipping the modular units from Canada to Hawaii. The City and County of Honolulu chose the manufacturer, but T. Iida had to get the components constructed and shipped over.”

“To mitigate our risks,” says Kimura, “we asked the major subcontractors to bond back their work.” Between the subcontractor bonding and a $3 million allowance from the city to cover unknowns, T. Iida’s risk was about $13 million — closer to the size of a normal construction project for them.

“On top of the bonds, we had a lot of insurance for the shipping, just in case something happened during transport,” Kimura adds. “Basically, we chartered a large container ship to bring the manufactured units over in one shipment from Vancouver to Honolulu. When they arrived, we moved them one at a time by road to the job site.”

“Once the modules were in Honolulu, it was typical construction that T. Iida is used to doing,” says Wong. It was a matter of lifting the units into place with cranes to create a 58-unit, three-story apartment building. T. Iida’s contract also included the foundation, utilities, a parking lot and landscaping.

“The manufactured product is like a super-sized RV,” says Kimura. “Each unit is 14 feet by 65 feet. A hallway intersects the middle on the 65-foot side to create two apartments. These can then be joined together to create one long hallway.”

The units come completely furnished, from bedding to appliances. “Our crews simply had to do the plumbing, electrical work and drywall finishing,” says Kimura. Some of the units were used to create public spaces and a commercial kitchen on the first floor of the building.

“This project was a little outside the box, but that’s what we look for,” says Lamb. “We saw that this was a highly respected contractor with the financial wherewithal and credit to complete the job. T. Iida did everything right — they prepared the site and received the components right on time.”

“I think the strongest thing about the Old Republic branch office is that when they commit to a project or contractor, they will find a way to get it done,” says Wong. “They had the experience and insight into underwriting to address the issues and break the project down to get the home office to approve it.”

Says Kimura, “Old Republic had faith in us. They asked a lot of questions and did their due diligence, but they saw that it was doable. They totally had our back on this project.” 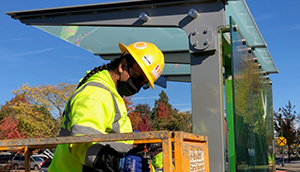 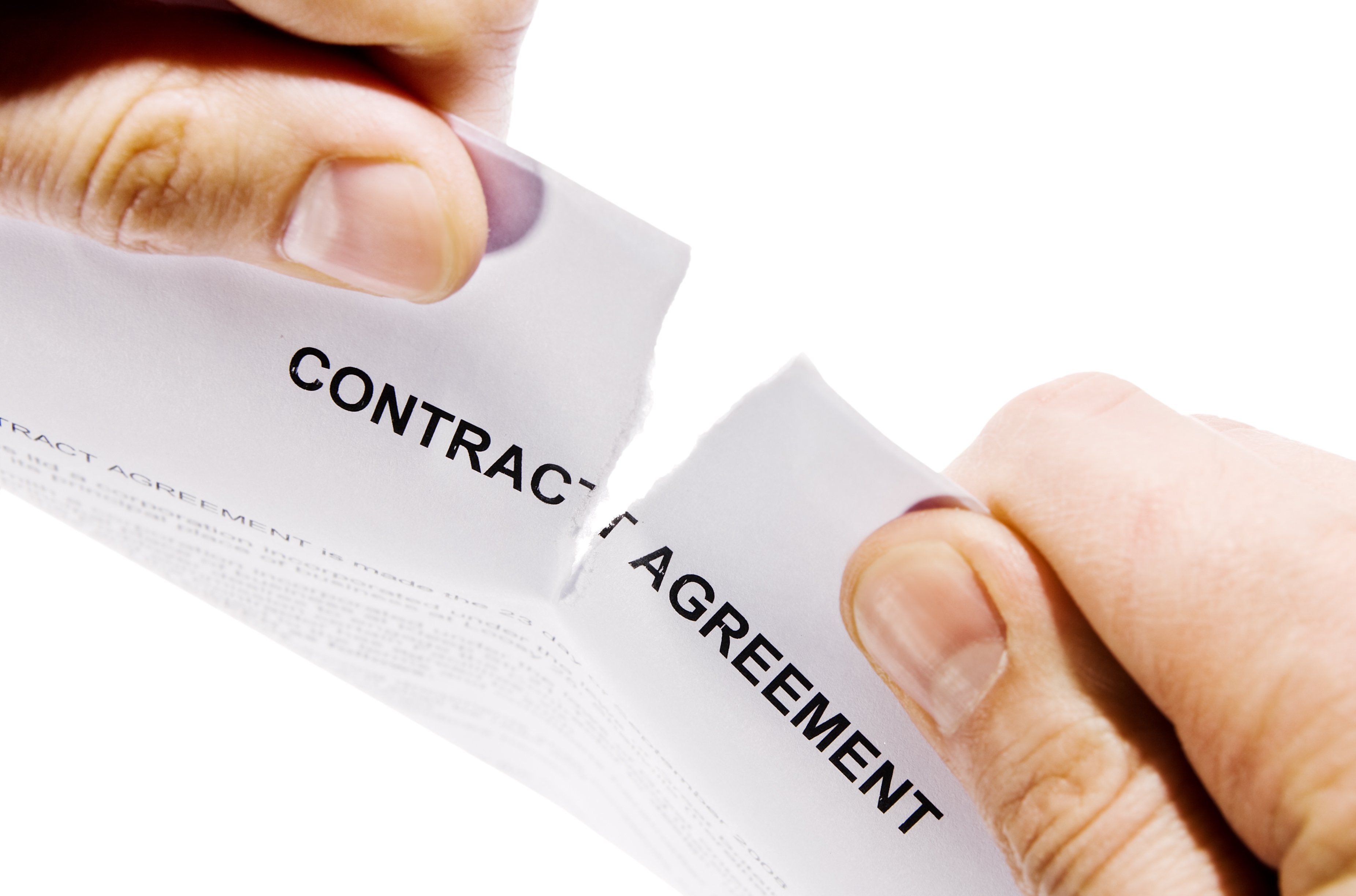