4 Things You Didn’t Know About Surety

Darrel Lamb, Old Republic Surety regional vice president, wrote a great blog post a while back, “7 Things You Didn’t Know about Surety.” Darrel hit the mark with his little-known surety facts, but he didn’t have space to write about everything that is unique and interesting about our industry.

As they say in those late-night TV commercials, “Wait, there’s more!” Here are four more things I bet you didn’t know about surety:

The earliest known surety contracts, dating back to ancient Mesopotamia and Babylonia, were all forms of individual surety. For centuries, surety was a pledge between individuals, with a third person agreeing to make good if a promise couldn’t be kept. The first U.S. corporate surety, Fidelity Insurance Company, wasn’t founded until 1865. Incidentally, did you know that Old Republic Surety’s history goes back almost as far, to 1869, when we were part of Northwestern National Insurance Company?

A form of joint suretyship called frankpledge was used extensively in medieval England to compel suspected criminals to appear before a judge. Groups of 10 households, known as tithings, shared responsibility for producing one of their members in court if they were charged with a crime. If the accused didn’t show up, everyone in the group could be fined. The Anglo-Saxon bohr system worked in a similar fashion, with one person (referred to as a “bohr”) standing in for another to bear responsibility for the principal. Bail bonds are, in a sense, a modern version of these early forms of suretyship.

You’re probably aware of the Miller Act, a law passed by Congress in 1935 that requires a bond for almost all federal public works projects. But did you know the Miller Act was preceded by the Heard Act of 1894? The original act was designed to protect the government from contractors who might become insolvent before completing a project, and to ensure that subcontractors and suppliers would be paid. It was the first time the federal government used corporate surety bonds to back privately contracted construction projects. Four decades later, the Heard Act was replaced by the Miller Act, which provided stricter bonding standards and established the current requirement of performance and payment bonds.

The Hoover Dam, constructed from 1931 to 1936, is an engineering marvel. At the time, it was the world’s tallest dam (726 feet), and it created the largest reservoir (Lake Mead) in the U.S. Imagine writing a bond on this project, given that such a large, unproven structure had never been built before. It weighed 6.6 million tons and contained 4.4 million cubic yards of concrete. The $49 million project was so big that no single surety company could underwrite it. It was the first example of the use of co-surety, where surety companies pool their resources to underwrite large construction projects. It required the largest bond ever written at the time, $5 million, and 24 surety companies joined together to write it.

To learn more about surety bonds, subscribe to our blog!

If you have any questions about anything regarding surety, contact an appointed agent, or reach out to an Old Republic Surety branch nearest you. 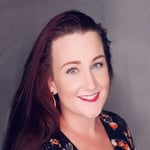 Melissa began her surety career 15 years ago with The Hartford as a senior surety account manager, handling both contract and commercial for the company’s California and Nevada territories. During her time with Hartford, Melissa received her B.S. in business administration and finance from California State University, Dominguez Hills. To get more involved within the surety industry, Melissa joined the Surety Underwriters Association of Southern California Board in 2017, serving as president in 2019. Melissa is currently part of the Commercial Surety Committee for the National Association of Surety Bond Producers (NASBP).

The Difference Between a Balance Sheet and an Income Statement 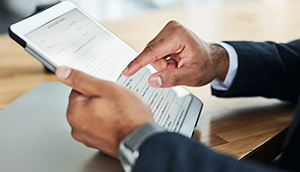 What to Look for in a Commercial Surety Bond Form

It’s Not Just About Rates. It’s About Valuable Service